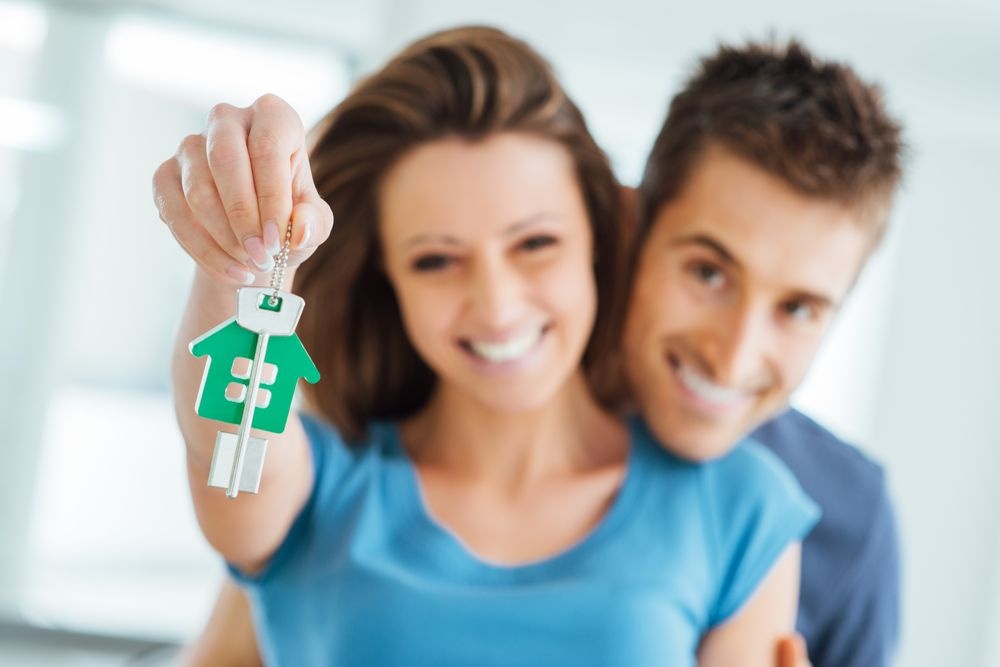 NEW YORK – May 23, 2018 – When Kuangchi Chang and her husband, Robert Peterson, were planning a kitchen renovation in 2015, they drew on a lot of professional help.

And we’re not talking only about the contractors who transformed the den and sun porch of their 1970s Colonial into a sleek white-and-gray cucina. Chang, a confessed HGTV fanatic, watched countless episodes of rehab shows such as «Property Brothers,» «Love it Or List It» and «Flip or Flop» to get ideas.

«Those programs helped me imagine how I could completely rethink our layout,» she said. «We moved the kitchen to a completely different area in the house, installed an extra window and turned our old kitchen into a family room. I probably wouldn’t have thought all that was possible without HGTV. It got so I’d rewind the TiVo to show Robert a fixture or tile I liked on some episode!»

Chang and other homeowners, real estate agents, and home buyers and sellers find themselves in a housing market that’s almost as influenced by reality TV as it is a property’s good bones (or good school district). Real estate agents, designers and market watchers say design trends, selling practices and budget expectations can all be colored by factors such as photogenic Chip and Joanna Gaines’s farmhouse-rustic rehabs on «Fixer Upper» or the aggressive pricing strategies on «Flip or Flop.»

Viewership high
HGTV’s widespread influence is not surprising: Since the network was launched on basic cable in 1994, its viewership has skyrocketed higher than offers in a bungalow bidding war. According to the most recent Nielsen ratings, HGTV is the fourth-most-watched cable network in the United States, averaging more than 1.6 million viewers overall.

Similar channels (DIY) and shows (TLC’s recently returned redecorating juggernaut «Trading Spaces» and Bravo’s flashy «Flipping Out») are also capitalizing on reality real estate and rehab’s popularity, and it’s no wonder anyone who is selling, renovating or buying property has had their expectations influenced by these shows.

«I think HGTV represents the idea that if you improve or upgrade your house, you’ll improve your life,» says Baltimore blogger Kate Wagner, who runs the tongue-in-cheek website Mcmansionhell.com. «It’s appealing, but in many ways, it’s escapism. Remodels and real estate transactions aren’t this easy in real life.»

Mandy Mills of Compass is one of the many real estate agents who have experienced the network’s effect on home buyers and sellers.

«When we go into an appointment with a new client, my partner and I often joke that we live in an HGTV world,» Mills said. «In any property we show, everything has to be together. It’s not what people expect when they’re paying D.C. prices. The way reality TV depicts homes going from grungy to beautiful means that we stage nearly every listing we sell.»

Professional staging
Mills counsels sellers to pony up the sometimes-hefty fees (up to $10,000 for a large house) to professionally stage a space because she thinks it ultimately leads to a higher selling price that will recoup the cost. Mills and other professionals also credit the rise of Pinterest and shelter magazine-perfect Instagram shots (#hexagontile! #Moroccan rug!) with amping up clients’ standards.

«I think HGTV has given people some self-confidence to take on houses they wouldn’t ordinarily have taken on,» says Great Falls, Virginia, interior designer Lauren Liess, who is filming the first season of her own HGTV makeover show, «The Best House on the Block.»

«Audiences see the transformations, and it’s easier for them to imagine what can be done to an older place or a cookie-cutter home.»

On her show, homeowners (many of whom are recent buyers) leave the big decisions and remodeling completely in Liess and her team’s paintbrush or hammer-wielding hands, a common practice on makeover shows. It’s an idea, she says, that is translating to the industry overall, with more design clients and buyers willing to take risks or accept edgier concepts from the pros.

«When I work with buyers, we talk a lot about looking past messy paint and flooring and having a vision,» says real estate agent-turned-developer Ati Okelo Williams, who starred in the HGTV pilot «DC Flippers» last year. «But watching lots of HGTV and going on Pinterest really helps people get a clearer idea of what things could look like. Sometimes, it’s as simple as replacing the carpet.»

And some buyers, Williams added, have been so motivated by HGTV shows that they’re searching for properties to rehab themselves or with the help of a contractor.

«Sometimes, I’m bidding against a couple of D.C. lawyers who have seen ‘Fixer Upper’ and want to DIY,» she said.

Spreading trends
Realty programming might also be responsible for spreading home design trends – colors, materials, furniture styles – from one region of the country to another. Take the breezy, beachy vibes (glass tile, muted pastels) of the California-based «Flip or Flop,» or the modern farmhouse chic (white furniture, vintage signs) of «Fixer Upper» from Waco, Texas.

«We have started getting more requests for shiplap,» says Bill Millholland, an executive vice president at remodeling firm Case Design/Build, referring to the grooved, interlocking wooden boards that «Fixer Upper» hosts Chip and Joanna Gaines use to add rustic flair to everything from kitchen islands to bedroom ceilings.

«I’m not sure if it’s Houzz, shelter magazines or TV, but I feel like peoples’ taste is getting more transitional and modern,» he said.

But is the popularity of big reveals and boutique-hotel-like rooms (sofas with perfectly aligned throw pillows, HomeGoods vases arranged just so) creating a slightly bland aesthetic? Are these fixer-upper shows that purport to be original actually making all our houses look the same? Scan a bunch of listings on a real estate website such as redfin.com or realtor.com and you might be overwhelmed by the sea of white subway tile and the preponderance of open floor plans.

Plus, in older neighborhoods, you’ll see plenty of historic houses where behind, say, its 1900s facade, is an interior that could be zapped in from a Vegas ranch house or a Toronto condo. «From an architectural standpoint, these flipping and remodeling shows are killing the charm of a lot of old houses,» McMansion Hell’s Wagner said.

Still, Compass’s Mills said, «most D.C. customers want old on the outside and new on the inside.»

Case’s Millholland said there are difficulties in trying to turn, say, a 1980s townhouse into a mid-century dream home or vice versa.

«Things are so stylized and location-specific on some of these programs,» he said. «Sometimes you can’t have a two-story foyer in your 1920s townhouse, and the indoor-outdoor spaces you see on a show shot in California aren’t very practical» for all climates.

Tuning into a series shot in a different region can also give audiences a kind of reverse sticker shock. Buying or redoing a house in Las Vegas, Atlanta or parts of the Caribbean («House Hunters International») tends to cost much less than it would in more expensive housing markets. Plus, reality show stars often negotiate better deals on a home purchase or rehab. And on some renovation programs, the labor may be free.

«In TV land, everything seems so easy and inexpensive,» Mills said. «That’s challenging for Realtors because we get customers who are comparing the price of a renovation in Ohio with what it’d cost here.»

And in a half-hour framework, a project (or home sale) that could take months of wrangling, permitting and contracts in real life gets compressed into a lightning-fast segment with a (usually) happy ending.

«I like that HGTV is making consumers more interested and informed about remodeling and real estate,» says Marymount University interior design professor Jean Freeman. «But they don’t show realistic time frames. It takes three to six months to do a kitchen. And you can’t just order furniture and appliances and have them show up the next day. It’s a process.»

Yes, there’s usually at least one challenge per HGTV episode. Contractors (cue the horror-film music) encounter termite damage/mold in the walls/a zombie infestation in the basement. A couple of wannabe home buyers in Florida lose out on their dream ranch home in a bidding war. But issues are usually resolved in time for the credits to roll, and they often seem milked for drama.

«On ‘Best House on the Block,’ we’re trying very hard to have both the prices and the time lines be realistic for» the Washington area, Liess said. «It may end up sounding expensive or taking longer than what people imagine, but that’s what happens. Around D.C., you probably won’t see a whole home renovated for $100,000 like on some of those shows.»

And when «House Hunters International» goes l’appartement searching in Paris, the hefty price tags (many a million-plus euros) seem high even to jaded home buyers in expensive markets.

Still, the blend of reality and fantasy isn’t discouraging Chang, who continues to tune into, and be inspired by, HGTV. «The before and afters always make me so curious, and watching them is strangely relaxing,» she said. «Plus I need ideas for that upstairs bathroom we’re about to redo.»