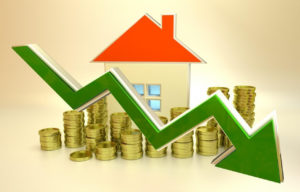 Economy likely to cool – but how much?

The big question: When will the next recession hit? Many economists see a cooling but no contraction on the horizon, while a few predict a recession in 2020.

After a decade of slow-but-steady expansion, U.S. economic growth finally topped 3 percent in 2018, and national unemployment has fallen to its lowest level in decades. In Palm Beach County, the unemployment rate plunged to 3.1 percent in September, an all-time low.

Michael Neal, chief executive of Kast Construction of West Palm Beach, said his company’s revenue soared from $30 million in 2011 to $550 million in 2017. While Neal doesn’t anticipate a crash, he does expect economic growth to plateau over the next year.

«I’m not going to scale my company up going into 2020. I’m going to plan for a slowing,» Neal said. «A lot of other CEOs are probably thinking the same thing – let’s batten down the hatches, and let’s not hire a bunch of people thinking growth is going to continue at the same rate.»

Neal’s approach reflects the consensus among economists. National Association of Realtors® Chief Economist Lawrence Yun, for instance, predicts that economic growth will dip below 3 percent in 2019 and 2020 but will remain above 2.5 percent.

«We have a good economic backdrop,» Yun said.

Yun points to a number of reasons for optimism. Job growth remains a bright spot, wages have begun to increase and consumer debt – with the exception of student loans – remains manageable.

Yun disputed the notion that, after a decade of growth, it’s simply time for a downturn.

«If economists are making the reasoning that we are in a 10-year economic expansion and therefore we are due for one, I think that’s a wrong way,» Yun said. «There’s always a trigger as to why there’s a recession.»

A downturn could be spurred by a trade war or another factor, Yun said, but he doesn’t expect economic growth to be derailed in the near future.

The Mortgage Bankers Association likewise forecasts no recession, but it expects growth to downshift to just 1.5 percent by 2020.

«We do see the rate of growth slowing in 2019 and 2020,» said Mike Fratantoni, the group’s chief economist. «The fast growth we’re seeing is largely due to the tax bill that passed last year.»

Once the effects of tax break are absorbed into the economy, growth should slow to 1.5 percent in 2020, Fratantoni said.

«We’re not forecasting a recession, but we’ve been highlighting that you can’t have certainty about anything,» Fratantoni said.

One of the pessimists is Mark Boud, chief economist at Metrostudy, a housing research firm. He expects the U.S. economy to enter a mild recession in 2020.

Boud points to a number of warning signs – the inverted yield curve (financial jargon for long-term interest rates that are lower than short-term rates), rising inflation, international volatility and the fast-expanding national debt. On the bright side, Boud says, the next correction won’t be as devastating as the deep downturn of a decade ago.

He expects the economy to shrink by perhaps 1 percent to 2 percent a year, in contrast to the 8 percent decline in 2009. That crash was sparked by a housing bubble characterized by frenzied buying and overly optimistic building.

The latest expansion has been marked by rising real estate prices but comparatively cautious construction.