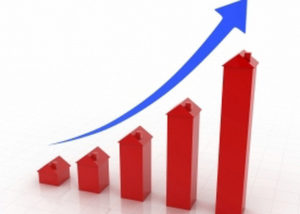 Why do some people pay too much for a house?

CHICAGO – Oct. 10, 2017 – When it comes to investing in a stock, saving for retirement or making daily financial decisions, people’s emotions, biases and lack of self-control often end up hurting their bottom line.

The not-so-rational money moves people make has spawned the increasingly popular field known as «behavioral economics» – or the study of how psychology and economics intersect.

On Monday, this field burst into the public eye when Richard Thaler, a University of Chicago professor dubbed the «father of behavioral economics,» won the 2017 Nobel Prize for economics.

Thaler has written books such as Misbehaving: The Making of Behavioral Economics; The Winner’s Curse: Paradoxes and Anomalies of Economic Life and Nudge: Improving Decisions About Health, Wealth, and Happiness.

He also made a cameo appearance in the 2015 movie The Big Short, which chronicled the mortgage meltdown that caused the 2008 financial crisis.

In a video on the University of Chicago’s website touting Misbehaving, Thaler explains how this book – which chronicles people’s financial misbehavior in things ranging from household finance to TV game shows – and his field of study differs from traditional economic theory.

It is «about the way actual people behave as opposed to the way economists think people behave – (like) people who are highly rational, unemotional creatures – kind of like Spock in the Star Trek TV series,» Thaler explained. «The people I study are humans that are closer to Homer Simpson.»

«We humans don’t always choose the right thing,» he continued. «Sometimes we overeat. Sometimes we exercise too little. Many of us have trouble saving enough for retirement.»

Here are three examples of financial miscalculations, based on theories Thaler has written about.

• Hot-hand fallacy. A «classic error» people make, Thaler explained in The Big Short, is «thinking whatever is happening now is going to continue to happen in the future.»

Examples: A gambler who has won many hands in a row at a blackjack table and thinks his run of luck will continue. Or a stock investor back in 1999 who thought the dot-com-stock powered Nasdaq composite – which soared 85.6 percent that year – would keep going up forever.

Or a real estate investor in 2007 who believed that then-soaring U.S. home prices could never go down.

Similarly, a home flipper who jumped in at the top of the housing market in the first quarter of 2007, when the median sale price of a home was $257,400, saw the price of a home tumble more than 19 percent by the start of 2009. By then, the median home price hit $208,400, according to Federal Reserve data.

• Endowment effect. This mental miscue is when people place a greater value on things they own than things they don’t own. As a result, they often make the mistake of holding on to shares of an asset, such as a stock that is tumbling, because they are personally attached to it. They also convince themselves that it will bounce back in price.

An extreme case is the rise and fall of Enron stock at the start of the 2000s, says Woody Dorsey, who heads behavioral finance firm Market Semiotics based in Castleton, Vt. «A lot of people who worked there invested all their money in Enron, even though you’re told not to overly invest in the company you work for,» Dorsey says.

Let’s say you were an employee at Enron when the natural gas trading company was on top of the world and its stock was trading at more than $90 a share in August 2000. A lot of employees held on to the stock, riding it down below $1 in November 2001 despite a wave of negative headlines that grew ominous in the summer of 2001. That’s when CEO Jeff Skilling resigned after just six months on the job. Enron filed for Chapter 11 bankruptcy protection in December 2001.

• Mental accounting. Thaler’s research has challenged the notion that every dollar is the same in a person’s mind. His work shows that people do mental accounting in their heads. For example, they earmark money for specific uses or goals, such as food for the week, entertainment, paying the mortgage or saving for retirement. As such, they make financial decisions based on how their spending will affect those small little accounts, not their overall financial picture. This strategy can help people from over-spending on certain things.