Start Your Own Business? Seven Surefire Ways to Fail 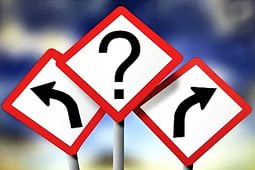 NEW YORK – I live in the heart of Silicon Valley, where the main industry seems to be starting businesses. I’ve seen a lot of startups come and go – and I’ve started a few myself – so I’ve had quite an education. I’ve had friends who’ve started businesses they’ve built and sold for millions of dollars. But even more frequently, I’ve seen startups fail. As a result, I’ve learned quite a bit of what NOT to do if you want to succeed in your startup.

Of course, failing once in a startup is no shame. Most successful entrepreneurs have failed in the past, and they love to tell war stories of startups they worked on that failed. Indeed, I’ve had venture capitalists tell me they won’t fund entrepreneurs who haven’t experienced failure because they want them to “learn on someone else’s nickel.”

But while one failure is acceptable, repeated failures are a sign you’re doing something wrong.

I’ve had the rare opportunity to observe someone who has had at least five failed startups. It wasn’t that he had bad ideas. Not at all. In fact, other entrepreneurs have later built successful businesses on the same ideas. So I’ve been able to see the kinds of business decisions, and the personality traits, that have almost inevitably led to his repeated fiascos.

Of course, most people can’t afford to be “serial failures.” After your first or second failed company – no matter how you spin it – investors aren’t going to be eager to risk their funds on you.

What have I learned from observing an entrepreneur who has failed repeatedly?

Most importantly, don’t be stubborn.

It takes a special kind of entrepreneur to fail five or six times, and the trait most responsible for that kind of serial failure is stubbornness.